So So Gay is absorbed by new anthology Love Me as I Am, and treated to an in depth look at the lives of gay men. 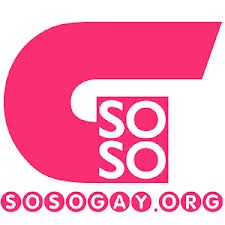 Love Me as I Am is an expression of a secret wish that many people have had at one time or another, though they probably never gave it too much thought. It can be summed up by that immortal saying, ‘If I knew the what I knew now….’. This is that promise we make to ourselves that, if we knew how things would have turned out, we would have done it all differently.

The text is a refreshing mix of of memoir and personal history, giving contributors to this anthology a chance to realise this wish in some small way. Each contribution tells the story of the man who wrote it, and certainly does not hold back; it often gives graphic details of the best, and the worse, times in that person’s life. Some stories deal with bitter feelings of being ostracised, whilst others focus on the pain that comes from the loss of loving families; yet all of them are familiar tales that many gay men can empathise with. However, what makes this book unique is that each writer is also told to write a letter to themselves when they were younger, advising and consoling them, knowing they came out the other side. It’s a rewarding concept and helps to reinforce how each of these brave men met with adversity, and came out stronger at the end of it.

The style of writing is eclectic; by fusing the letters and the recollections together, it creates this wonderful sense of warmth and support, whilst also being instructional and heartbreakingly honest. What works for this book is the sheer magnitude of the project, which saw several different stories woven into a bittersweet, but endearing, book that would be a welcome addition to any gay man’s bookshelf.

That is not to say that the book is perfect. The fact that there are the multiple contributors each telling different stories leads to a sense of chaos and a, sadly, inconsistent tone. Even though the book, for its part, tries to make the many different entries into a cohesive narrative, it doesn’t always work. There are times where we were left broken-hearted by one brave man’s litany and sadness, then immediately hit with a short, sharp contribution of a completely different nature, meaning that we were left on too much of an emotional rollercoaster.

We were also a bit worried that the creators of this book may have missed a trick with one particular item. Each contributor is noted by their name and their age, and we realised that there was not single contributor younger than 30. Considering that many elements of the book specifically point out how things have changed for the LGBT community, perhaps one or two entries from the slightly younger generation would have made this feel a bit more complete. However, this is a rather small complaint in what is otherwise an intense and endearing anthology of memoirs.

Love Me as I Am is a sad, but sincere, book that taps into the reader’s heart in unexpected and rewarding ways. There are one or two points that stop it from being spectacular, but this rich imperfection only adds to what is a majestic piece which is dripping with raw and beautiful humanity. As we’ve already said, a worthy addition to any gay man’s library.