Rob works as a contractor in the Banking industry where he specialises in Market Risk.  He is a roman catholic of South Asian descent and originally hailing from Trinidad, West Indies. Rob has two kids 15 and 18, from  a committed marriage over 20 years.  He separated from his wife and is now living an openly gay life, in London. He maintains a great relationship with his ex-wife and they both play an important part in each others lives. Rob loves keeping fit and travelling. His hope is that his story has an impact on other gay married men struggling to come to terms with their sexuality and coping with the implications of abiding by the norms of a heterosexual society. Rob loves a challenge and now loves daring to be different.

In his own words:

Why did you share your story in ‘Love Me As I Am‘:

“Then you will know the truth, and the truth shall set you free.”

I’m aware that this is aimed at gay teenagers, though many adults will read it.  To the teenagers I wanted to say, don’t be ashamed about being gay because shame leads to extreme behaviour, which can devalue the gay community.  We are much better than what the heterosexual mainstream makes us out to be… To the adults I would say, my story is one of foreclosure and making decisions that affect so many lives often in a destructive way, as we theoretically try to live for society and others.

I adhere to the value of putting others ahead of ourselves.   This means being who we are and being honest with people and not just trying to protect ourselves or pretend to live according to values which in the end hurt others.  Don’t live a lie.  I did and, honestly, it didn’t help anyone, including me.

What did you gain from sharing your story?

Writing my story has been extremely cathartic.  Just thinking through the drivers over some of my decisions has been a very growing experience for me.  I realise that actually, you know what?  I’m OK, you’re OK.   I can be myself and I can let my history be my history.  It need not be the story of my future.  What happened is in the past and the future is bright and pink not orange! 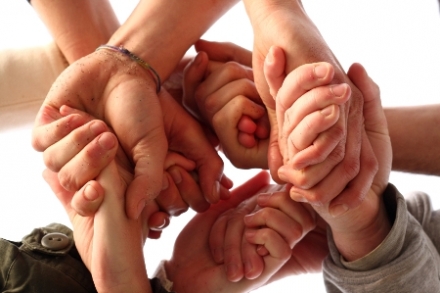