“I know, I’m not what you expected, but I left my high heels at home.”

Harvey Milk was a visionary whose life and death had a profound effect on the lesbian, gay, bisexual, transgender community. His peers remember him for his passion and his perseverance in his quest for equality for all people.

Shortly before his assassination, in his famous speech entitled ‘Hope’, Harvey Milk said: “And the young gay people in the Altoona, Pennsylvanias and the Richmond, Minnesotas who are coming out and hear Anita Bryant on television and her story. The only thing they have to look forward to is hope. And you have to give them hope. Hope for a better world, hope for a better tomorrow, hope for a better place to come to if the pressures at home are too great. Hope that all will be all right.”

Those words were spoken in a time when US politicians like John Briggs received enthusiastic support for Proposition 6, dubbed the Briggs Initiative. It was a proposed law would have made firing gay teachers — and any public school employees who supported gay rights — mandatory. Singer Anita Bryant led a Christian fundamentalist campaign, called Save Our Children, against legislation that banned discrimination in areas of housing, employment, and public accommodation based on sexual orientation… she also blamed the drought in California on gay people.

Back then, it was not unheard of for gay men to be given electro-shock therapy to heal them from their ‘mental illness’. In fact, in 1973, five years prior the Hope speech, the American Psychiatric Association removed homosexuality from the Diagnostic and Statistical Manual (DSM) as a sociopathic personality disturbance.

For gay people, times were very different in the 1970s, not just in the US but also in the UK and across the world. A lot has changed since then. Change that in a large part started with Harvey Milk.

Shortly after his death, the AIDS epidemic broke out. The global gay community faced a new battle and renewed prejudice, and for many it felt as if we were being pushed back into the closet. We were shamed once again. But we fought HIV/AIDS, we stood up against bias and discrimination, and today HIV is a perfectly treatable and manageable disease.

Yet, as I write this, I am burdened with a bit of irony.

On the 34th anniversary of Harvey Milk’s death — two days before World Aids Day, the UK’s Health Protection Agency (HPA) announced that HIV infections were at an all-time-high among gay men. Campaigners fear public understanding of HIV has dropped to a worrying level and they estimate that one in 20 men who have sex with men in the UK now have HIV. The figure soars to nearly one in 12 in London. 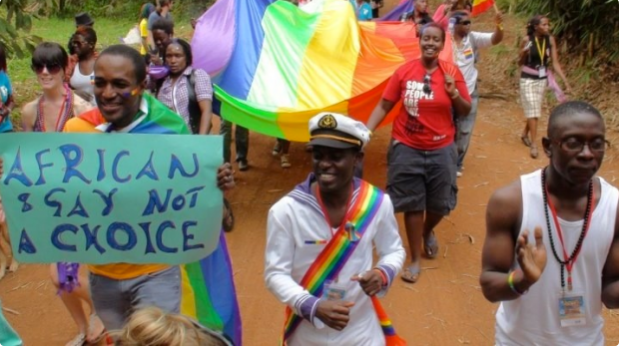 HIV set aside, our community also still struggles with various forms of addiction and mental health issues. Teenage suicides as a result of homophobic bullying is rife and charities like Diversity Role Models have their hands full in educating teenagers about the impact of homophobia. Gay men and women in countries like Nigeria and Uganda have not had any sense of liberation yet. They still fear for their lives and in most cases are completely ostracised from their families and communities… for these men and women there is still a very long and tough road ahead – something the rest of us must always be mindful of as we freely celebrate Pride weekends across the world.

On many levels, locally and globally, we are still a community in crisis and from the outside it may look as if we are on a path of self-destruction. But we’re not. If anything, our history is a testament of how resilient we are.

Last night, this email landed in my inbox:

“Although I am not finished reading this wonderful book (I’m only up to Paul-45) I feel that I must write you now to tell you what a wonderful experience it is for me. These extremely articulate men in the book are so brave to share their most personal traumas. The common feeling of being different and isolated will ring true for every gay reader.

However, I am especially moved by each one’s letter to his younger self…so many offering hope and encouragement. I can’t help but think how helpful to my own acceptance and development these letters would have been for me to have read in my young years. It would be so extra-ordinary if this book would appear on every school library shelf.

I met Barry and his partner Bob three years ago at a dinner. They’ve been together for 37 years, meaning that they must’ve met roundabout the same time Harvey Milk’s political career began. During my conversation with Bob and Barry they spoke candidly of a time when if you were found out to be gay, you risked losing your job and even eviction from your home. These two beautiful, funny and elegant men are part of an generation of gay men who witnessed so much of our gay history. Their generation is the reason why so many of us can enjoy the freedom and degree of equality we have today. It’s heartwarming to know that the stories and letters in ‘Love Me As I Am — gay men reflect on their lives’, also give them a sense of comfort and inspiration.

Barry’s words also point to the fact that we cannot lose sight of the next generation of gay men, because what we do today will affect their future. While we are still coming to terms with the social impact of our struggle for recognition and acceptance, and as we now have to face ourselves as much as we need to face the world, we will always have Hope.

1 Comment on Harvey Milk: A Generation Of Legacy & Hope