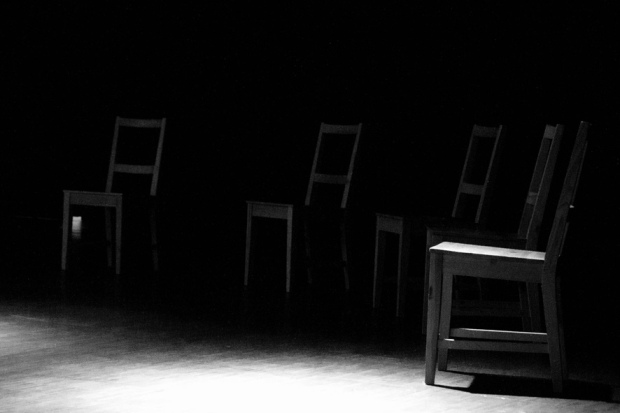 The set of The Velvet Rage on Stage

When you do a Google search for ‘Gay Workshops’ you will find very little that echo the approach and intention of the work at The Quest. Part of this intention is to create a new language and a new conversation in the gay community, and to provide a powerful and engaging platform for gay men to reach beyond their emotional wounds, baggage and other hang-ups that so often impact our everyday lives. Within The Quest this language and this discussion is encouraged and facilitated. It is presented, written about, shared and declared during The Quest Weekend Workshops, WorkOut Sessions and First Tuesday Socials.

While all of this ‘work’ encourages gay men to speak of the hurt, embarrassment, ridicule, ridiculousness, joy, frivolity and difference that we all as human beings experience, it also reaches out to the wider community with public performances, like the hugely successful and ground-breaking performance ‘The Velvet Rage On Stage‘ – hailed the Vagina Monologues for gay men. The Velvet Rage on Stage was part of a two-day event, Gay Utopia.

Many of the performers in The Velvet Rage on Stage also contributed to ‘Love Me As I Am – gay men reflect on their lives‘, proving that this new language (that previously were rarely heard and seldom shared) is slowly but surely becoming a new phenomenon among gay men.

To find out more about the events held by The Quest and future projects, follow this link: The Quest – gay men transforming their lives

…“It was great to hear people’s life stories, brought alive. As with the book launch of Love Me As I Am, there is much one can relate to and the evening was stronger for that.” – feedback from a regular attendee to The Quest events

Copyright © 2022 Create a free website or blog at WordPress.com.